We’re very excited to report that Things 3 is almost ready for release. After a final round of beta testing, we expect to ship in May. 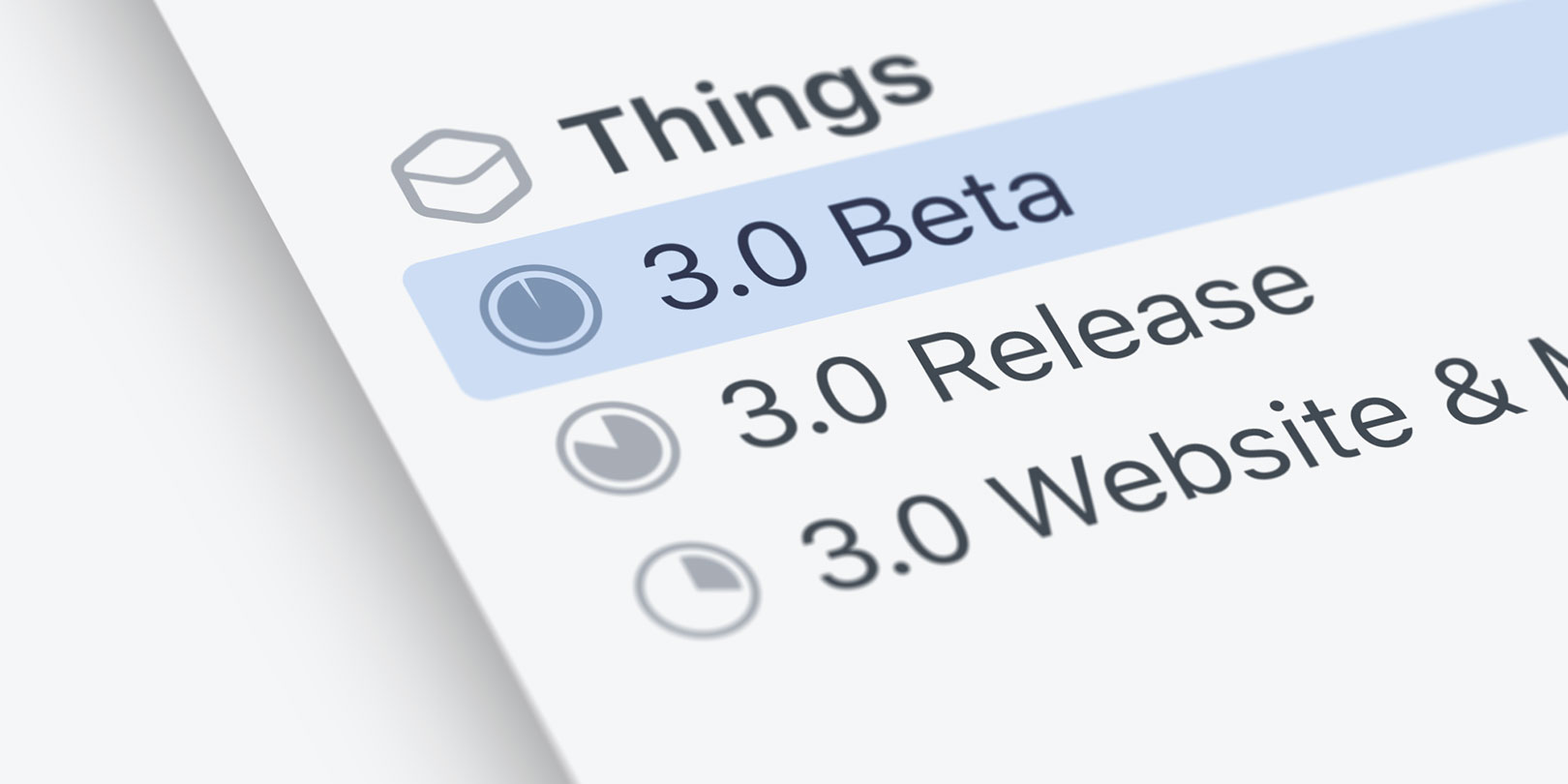 A little over a month ago, we quietly took a big step. Things 3 was nearing completion so we expanded our beta from a handful of testers to more than 100 people. This has been going extremely well, and the feedback we’ve received is simply fantastic – we’ve gotten so many great responses that we just had to share some of them :) Thanks, everyone!

Today, we’re expanding the beta further to include all existing Things 2 beta testers. We also have another 100 open seats, so if you’d like participate, you can apply here.

At this point, we’re very confident about the stability of the apps. We think we need approximately four more weeks to add the finishing touches. Together with other release preparations, that means we expect to ship sometime in May. We’ll post an exact date as soon as we have one.

Indeed! If you’ve been following our efforts, you’ll know that getting here has taken us longer than we originally thought. For Things 3, we ended up completely rewriting the apps on all platforms as well as adding and refining the new features. At the same time, we kept Things 2 up-to-date and added new features there as well (extensions, Watch app, push sync, etc.). We’ve learned a lot through this process, and there’s quite a bit more we could talk about – but for now, we’re focused on the coming release.

Things 3 will be released as three separate apps in the App Store and we’re keeping the current pricing. This will also be our first paid update (since 1.0!) for existing users. During launch week, we’ll have a 20% discount on the apps – make sure you sign up for our newsletter so you don’t miss it!

Thanks everyone for your patience. We’ve put a lot of hard work and passion into making Things 3 the best personal task manager available. We’re incredibly excited about the result, and cannot wait to hear what you think.