Getting Started With Siri and Things

This page outlines all the ways you can use Siri to create and view to-dos in Things on your mobile devices.

Through voice commands or shortcuts, you can create to-dos without typing, template often used to-dos for quick re-use, or view all to-dos with the same tag in a breeze. Here’s a rundown of your options:

To use these features you must be running iOS/iPadOS 13.1 or later, and Things 3.10 or later. 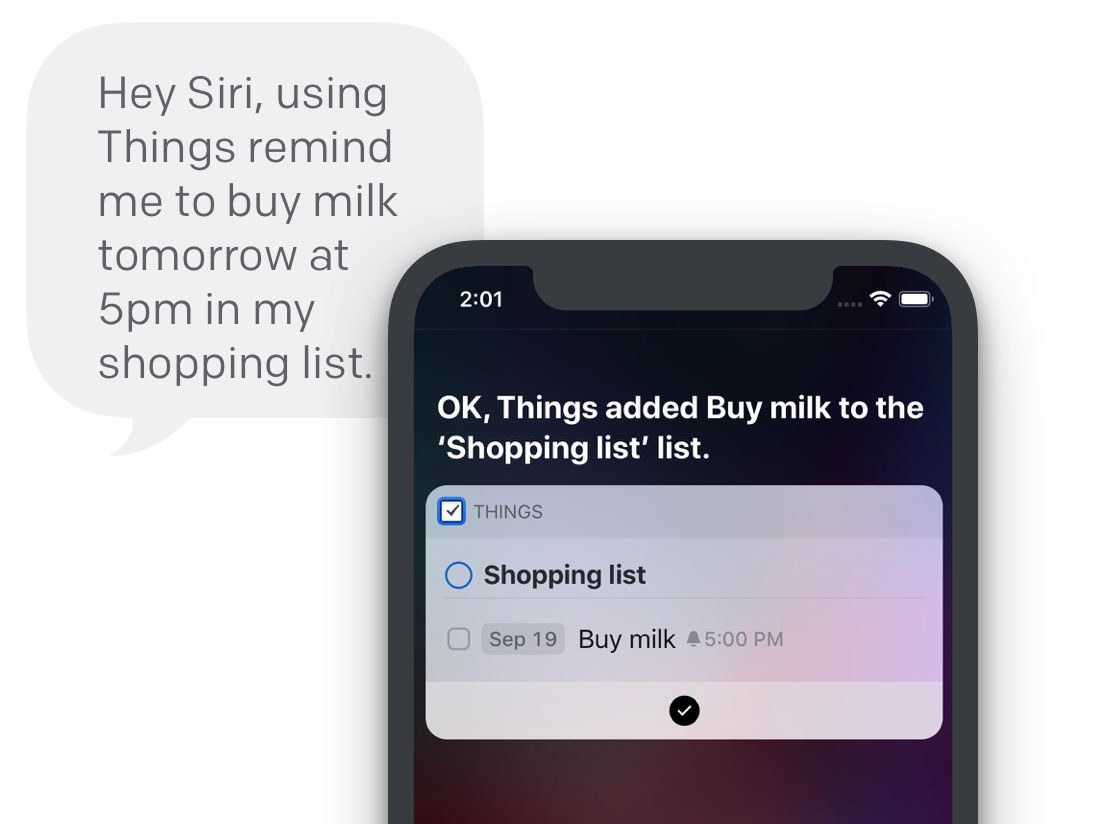 You can speak an entire to-do by saying its title, giving it a reminder, and then assign it to a specific list. This is the fastest way to capture an idea in Things without having to type anything by hand. Here’s what you can say:

"Using Things, remind me to buy milk tomorrow at 5pm in my Shopping list."

Siri will create a new to-do with the title “Buy milk” in your Shopping project and a reminder will go off tomorrow at 5pm to nudge you to stop by the store. 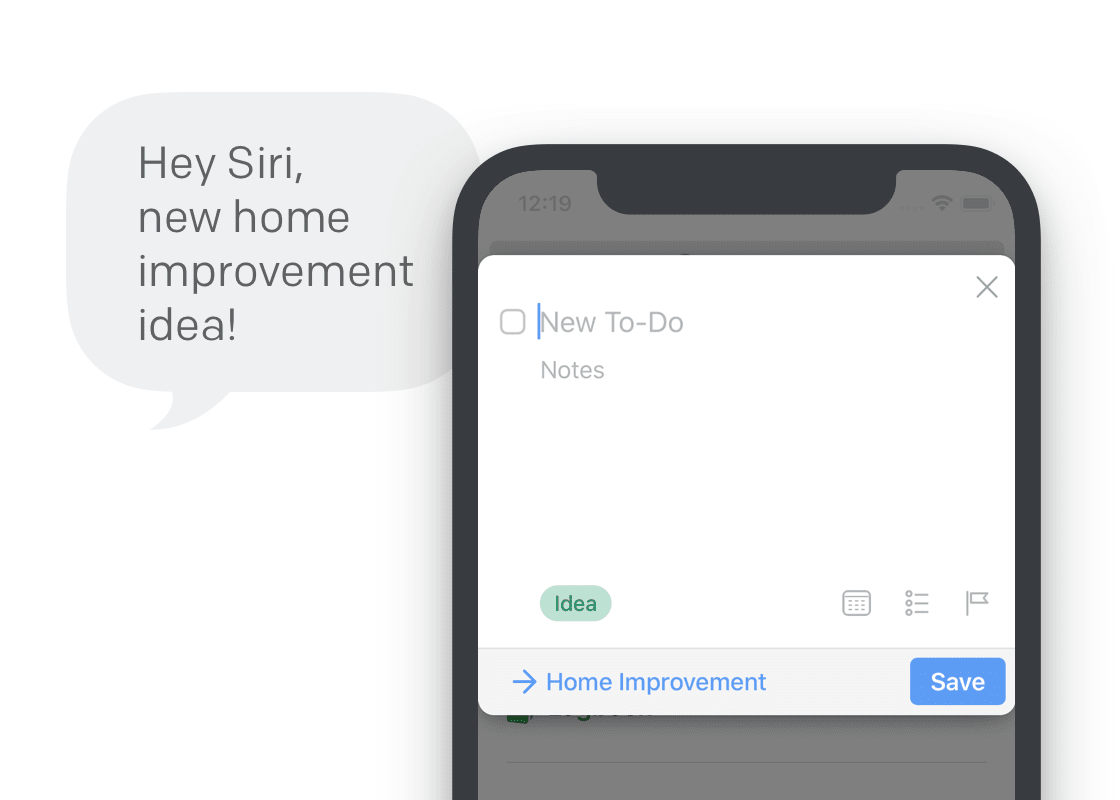 Are you creating similar to-dos over and over? Shortcuts can help speed up the process in situations like these:

In Apple’s Shortcuts app, fill out everything that’s always the same for this particular type of to-do, then add a command like:

Now the next time you realize something needs to be done around the house, you can just trigger the shortcut, and you’ll be presented with a prefilled Quick Entry popover. All you need to do is enter the title and hit save. 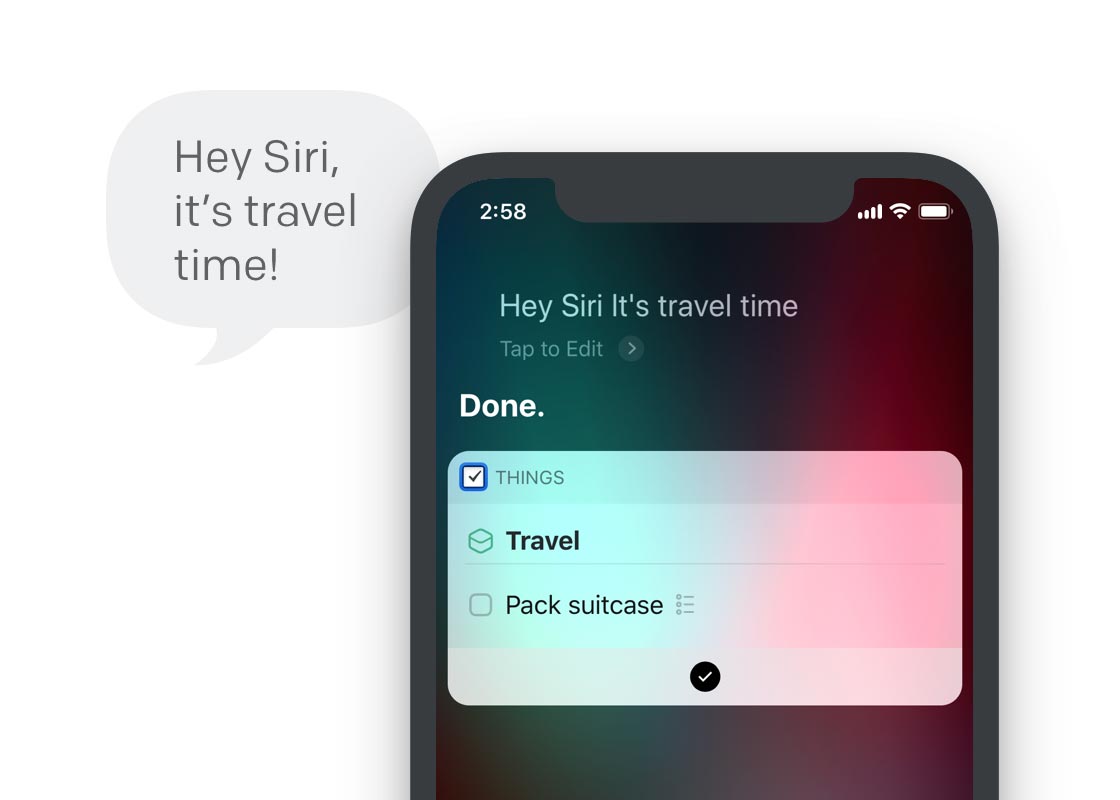 For those things that always stay the same, you can set up a ready-made to-do that already contains all the information you need. If you travel a lot, why not prepare your packing checklist once, so in the future you just have to say:

Your entire “Travel checklist”, which lists all the items you need to bring on your upcoming trip, will now be created in Things and you can get right on packing everything up.

Having a conversation with Siri 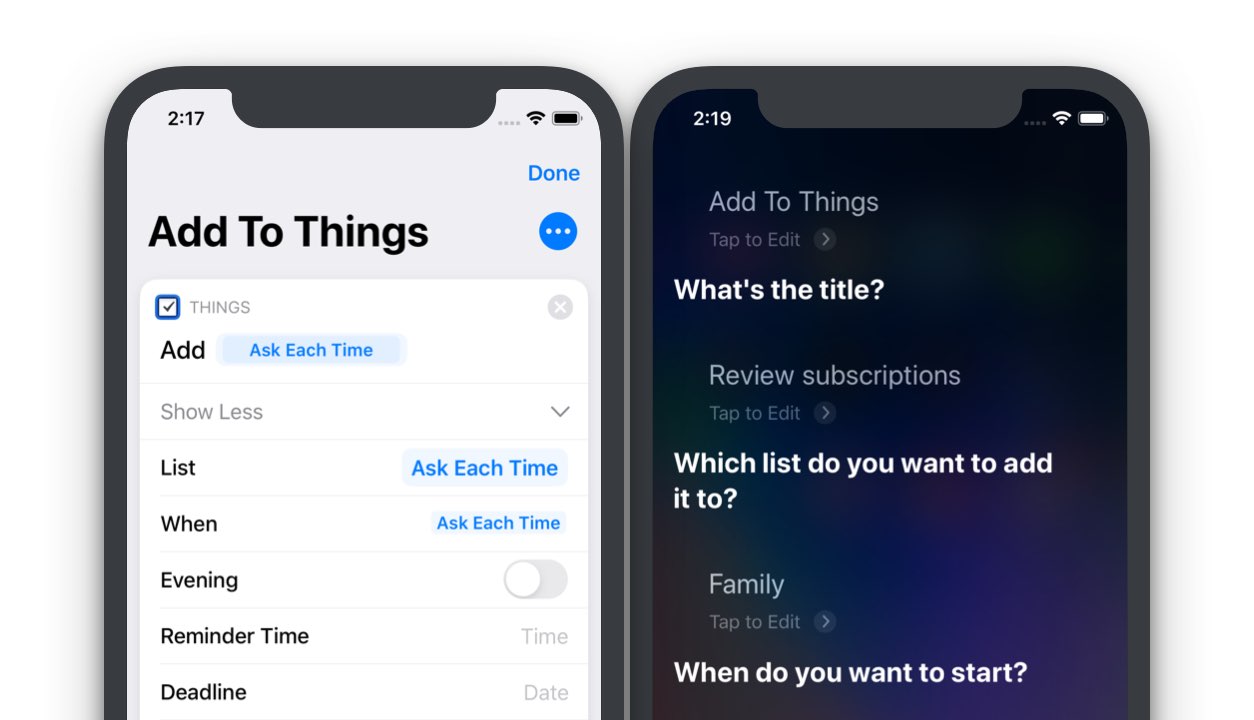 For all those times when you don’t have your hands free, you can now have a conversation with Siri: get asked for your to-do’s title, when you want to be reminded about it, or to which list you’d like it be added to. You won’t have to type a single letter. 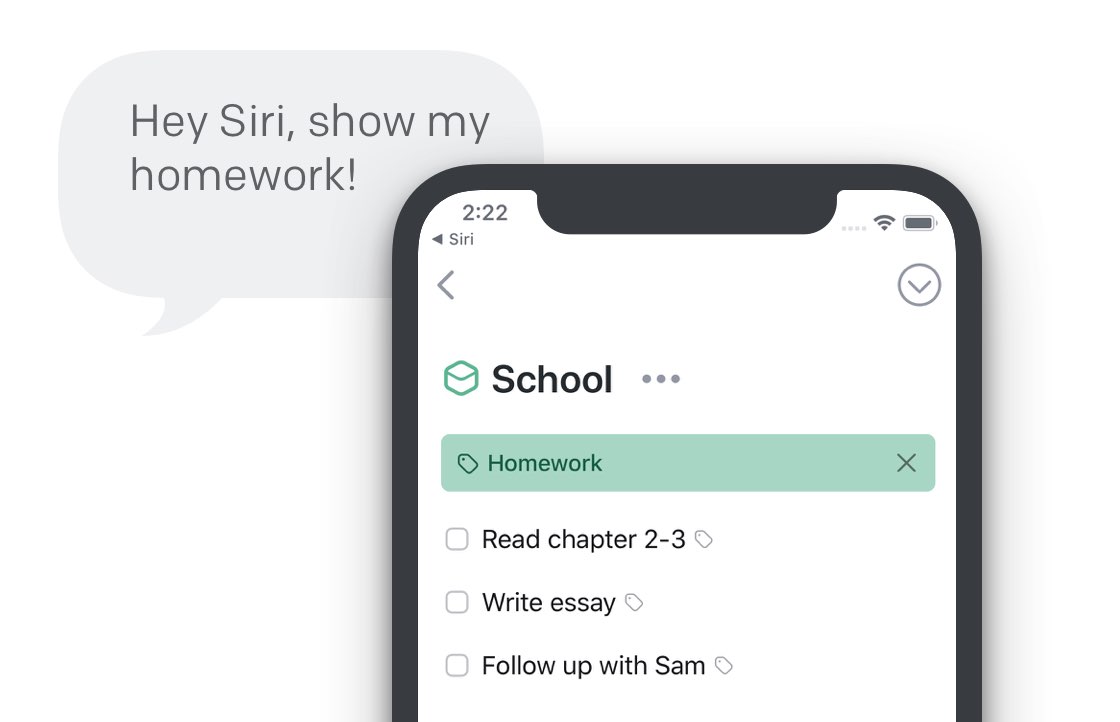 Siri can help you to quickly access a specific view: instead of manually searching for your School area and filtering it by the tag Homework, a custom shortcut can do it for you: 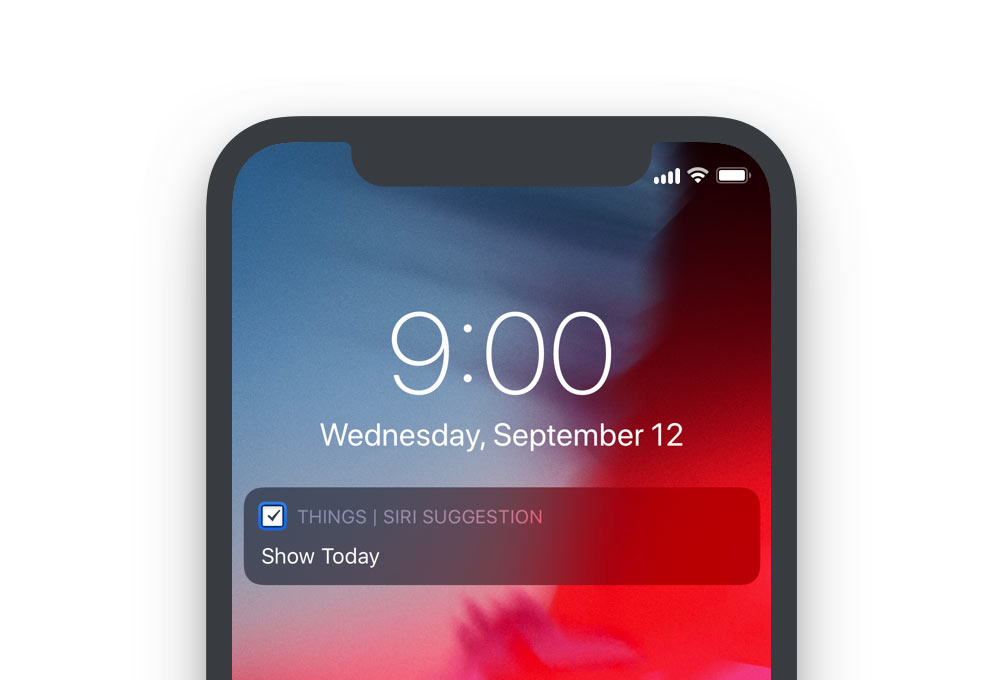 Siri will learn your routines and begin suggesting things that you might want to do. For example, if you open your Today list every morning around 9 AM to look over your to-dos, Siri will eventually pick up on this – and the next morning at 9, you might be greeted with a new “Show Today” shortcut right on your Lock screen. Tap the shortcut, and you’re instantly brought to the right place within Things.

Didn’t find what you were looking for?